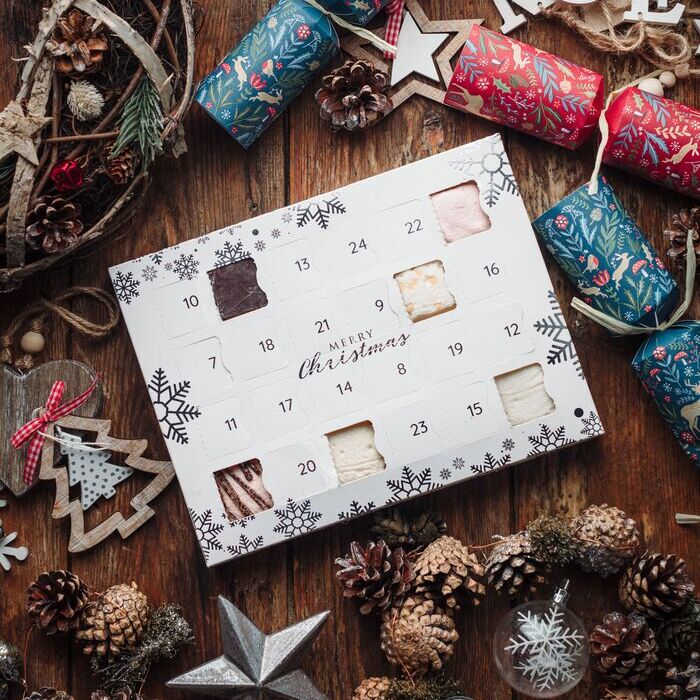 I suppose it was fairly inevitable, but lockdown 2 seems to have spurred everyone on to start Christmas early, this year – except me! With me, it seems to have had exactly the opposite effect. I have been looking at everyone getting their decorations out, putting their trees up and generally embarking on Christmas a full month before advent, but I have really struggled to get on board. I’m usually 100% a Christmas in July kind of a girl – a lifetime working in retail will do that to you! – but this year I am barely a Christmas in November person.

In a normal year, I start the planning a good five months out – I love it! I make sure that I’ve heard back from whoever is invited to come and spend the festivities with us (invariably my brother – it’s become a bit of a tradition) and out comes the Christmas book – yes, an actual book; I am that person 🙈 I’ll write a list of everyone we’ll be sending cards to, and everyone who we’ll buy presents for, along with any ideas that I’ve had for what to get them, and then in July or August when we go down to visit my in-laws, I’ll take the cards with me (always bought in the January sales so that I have them early enough!) and sit in front of the fire in their living room starting to write them. The Cornish summer weather usually obliges with a few wet and chilly days, when sitting in front of the fire for the evening is exactly what you want to be doing! It might seem ridiculous to be writing Christmas cards in August, but I like to write a little note for everyone and there is just more time to do that in the summer holidays than in the mad autumn rush, and there have only been a few occasions where I’ve had to scrap one and write another, thanks to an unfortunate parting of the ways between people…

By the time term has started again for the autumn, all of the Christmas cards are normally written and addressed and all ready to be stamped and dropped into the post box on the 1st of December (I don’t post them early – I’m not quite that bad!) and then it’s time to move onto Advent Calendars – getting in there nice and early so that we definitely get the ones we want. By October, I’ve bought most gifts and am on to stocking fillers, and November is about getting all the Christmas food in for the food table that gets put out on the 1st of December, so that we are all good to go with just relaxing and enjoying the festivities. My husband and I both have December birthdays, so I like things to be calm and ready for Christmas so that our birthday celebrations don’t get taken over by mince pies and tinsel (not that I’m averse to a mince pie on my birthday…!) I feel that I should make it clear at this point that despite all of this planning and organisation, I am still usually wrapping the presents at 10pm on Christmas Eve – I may be organised about buying them, but that’s as far as it goes!

This year, I’ve so far written three cards (out of a total of 68) and until Saturday had bought absolutely no presents whatsoever. The only thing I am on top of is the advent calendars – largely because they are in my own stock room! It’s definitely time to get a wriggle on – only 12 more days until that most wonderful time of the year… time to light that Christmas candle sprinkle decorations around liberally in order to inject some cheer! (Or perhaps we should have started an extra advent calendar 12 days ago so that we could now be counting down to the start of the countdown – next year!!) Just getting these beauties out will do, for the time being – at least while they’re sitting out on display, there is a sense that whatever 2020 still has in store for us, Christmas is indeed on its way, and that at least has to be a reason for cheer. 🎄