As the seasons turn, don’t we all start hankering after more comforting food? I certainly do! I’ve been trying to get the boys more involved in the kitchen (the dream is a whole meal that I don’t have to get involved with at all…!), and we were talking about making a crumble – my grandmother is the queen of apple crumbles, and crumble of pretty much any variety is right at the top of my pudding list, so as sweet things always get more buy-in than savoury, it seemed like a good place to start. Given the number of brambles near us, the boys decided it would be a good idea to make apple and bramble crumble, so on the very last day of official-actual-real-life summer, I took them brambling down a lane near our house that is completely lined with brambles, and came back loaded with berries – so many berries that we ended up freezing a whole tub of them. (I feel that I should make clear at this point that this is not the type of family we are; we don’t grow our own veg or pick wild fruit and bring it home to make wonderful things with it all – I wish we were, and in my head we absolutely could be, but we’re just not. Occasionally, though, we do like to pretend.)

Anyway, suffice to say we did not make crumble that day, or the next, or for a few days after that – we even took the berries with us all the way down to visit my in-laws in Cornwall, and then brought them back home again… (I did tell you – we’re just not that sort of family, try as I might!) Eventually, a week and a half after we picked them, I thought we’d really better use the un-frozen berries while we still could, so we cobbled together a recipe that was part-Nigella and part-my grandma, made a crumble and ate it for pudding – and actually, though we all say so ourselves, it was really tasty! So just in case you fancied trying it yourselves, I thought I’d share our make-do-and-mend kind of recipe for you here:

For the filling, we used:

• 1 medium tub brambles (approx 300g but really just however many you feel look about right for what you want to eat!)

For the crumble, we used:

• 90g butter, cold and diced into about 1cm cubes

Peel and core the apples and chop them into roughly eighths, and pop them into a pan over a medium heat with the knob of butter. Once the butter has melted, give your apples a good stir and make sure they are all covered in the melted goodness, then stir through the sugar, cinnamon and orange juice and stew it all down for a few minutes until the apples soften a little (it won’t take more than about 3 minutes; you don’t need them to be cooked). Tip them into your crumble tin and stir through the brambles until everything is well mixed.

To make the crumble topping, stir a pinch of salt through your flour and then rub the butter into it using your fingertips, until you get something that looks like porridge oats. Stop then and add in your sugars, using a fork to stir them through the buttery flour mixture. When it’s all combined, spread it all over the top of your filling and put the whole lot into a preheated oven at 190º for half an hour. And that’s it! This made four decent portions (although I could definitely have eaten more…!)

It doesn’t look very pretty, but then I’m not really sure how you would go about tarting up a crumble straight out of the oven 🤷‍♀️ I’s the eating that really matters, anyway, and in that respect it did not disappoint. I know some people prefer custard with their crumble, and others favour cream, but for me it has got to be served piping hot with a scoop of vanilla ice cream. Give it a go and let me know how you get on (foraged brambles not a requirement!) – I’d love to know what you think! 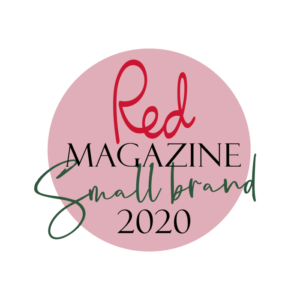